Rumors came to us from Pam Ruggie and Marcia Tucker after watching and falling in love with her at the 2006 Miniature Pinscher Nationals.  Rumors, out of Ch. Sunsprite Top Cat and Ch. Pevenseys Casual Rumors, completed her championship in January 2008.  She was a charming, playful stag red girl; a delight to live with.  Shown in Juniors by my granddaughter, Kiana, they both enjoyed the experience.  She retired and became a well honored couch potato.  We sadly said goodbye to Rumors in 2016. 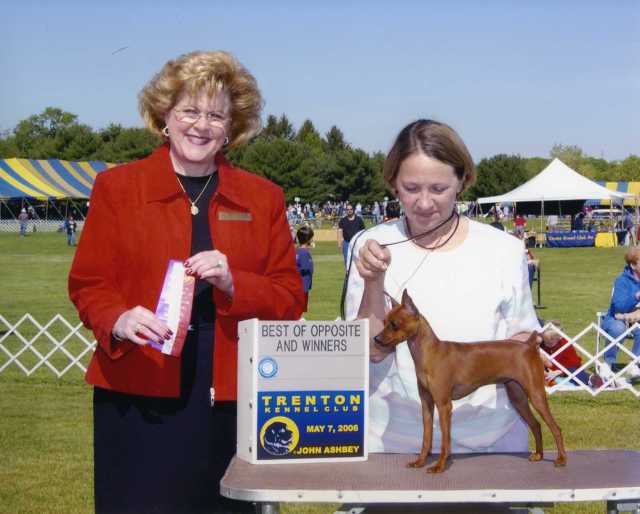